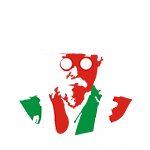 WHY “CONTE MASCETTI”
Inspired by the famous personage of the movie “Amici miei” (1975) directed by Monicelli and masterfully interpreted by the great actor Ugo Tognazzi, I decide to freely interpret his way of being and I create this brand, above all to honor and celebrate the glorious achievements of this amazing and fascinating character.

Conte Mascetti is a middle aged man, a financially impoverished nobleman, but still rich with spirit, soul and style.
Even though he had wasted his and his wife’s patrimony, he continues to be a fan of beautiful women, luxury cars (Isotta Fraschini, Aston Martin and Rolls Royce were among his favorites) and of luxory life style in general.
For his very limited economical resources, he’s being financially helped by a group of old friends that give him the possibility to keep trying to achieve his noble ideals. Often, by his wits and by the capability to relate to people of every social class,Ê he gives birth to some new and eccentric business project.

In a very bad finaciary situacion  since many years, Conte Mascetti still managed to live every day of his adventurous life as if it were the last; from toasting with excellent Champagne in the most prestigious clubs in the world, to having romantic dinners in company of beautiful and young women in the best restaurants of the world.
But any times,when he haven’t money, he is also forced to feed on frugal meals in the worst neighborhoods in the city.

Conte Mascetti is an anarchist and a romantic man, he love freedom more than any other man. He doesn’t have close ties with anyone except with his lifestyle.
He’s ironical and bohemian. To him, life is a fun and adventurous, and he consider money as a mean not a purpose. He often laughs at those who spend their entire life accumulating money, without enjoying what they could buy.

Conte Mascetti is an incurable playboy, and to keep in shape he regularly practices sports every morning after a healthy and nutritious breakfast.
He is very passionate about cooking. In his noble residence he personally cooks delicious meals, putting the same care and passion as if he was cooking for a royal family.
He starts working only around 3 pm and only after smoking a twelve months aged handmade Toscano Select cigar.
At 8 pm goes to aperitif, alone or in company of one of his beautiful lovers. He drinks Ruinart Ros champagne or a limited edition Vodka Putinka.

Conte Mascetti is a cultured man. Since he was a teenager he’s been reading no less than two book per week. He has also traveled all over the world, sharing ideas and knowledge with any kind of people.
For over ten years he hasn’t does been reading newspapers and he hasnÕt been watching television. He believes that information is filtered by government power and controlling groups of people.
He keeps himself up to date with the latest news by receiving short radio messages from trusted people.
Irony and playing jokes are part of his DNA. He often goes out, alone or in group, and puts into practice his heavy jokes.
Conte Mascetti is also a sensitive man. He would share his last piece of bread with those in need and pretend the same by all the people.
He is not afraid of aging, since he’s certain that he will always be a fascinating and charismatic man.